Another day, another beautiful cover to show off.

A few months ago we read a novel. A cold war novel, set in another galaxy, with snarky characters and a plot like you wouldn’t believe. This book, this excellent book, was Dan Moren‘s The Bayern Agenda. Needless to say we purchased it, and it will be hitting all good bookshelves in March 2019.

And now, we’ve got the cover to show off too and let us tell you, it is equally brilliant, thanks to the talent that is Amazing15. Head on over to our friends at SciFiNow and take a look at the cover in all its glory, plus a blog post from Dan on why he thinks James Bond is a bit of a crappy spy. Just click the teaser image below to be taken straight to the post. 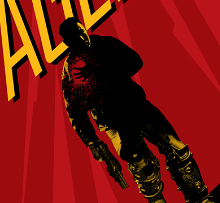