Take a Free Trip to Tanegawa’s World: Excerpt from Blood Binds the Pack 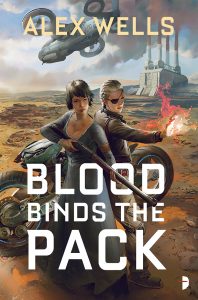 We’ve been desperate to get back to Tanegawa’s World after reading Hunger Makes the Wolf, and now you can too – here are the first two chapters of Alex Wells‘ magnificent Blood Binds the Pack.

Blood Binds the Pack is released worldwide in paperback and ebook in February 2018.