Polish your goggles, straighten your top hats, and hop on your dirigibles to celebrate all things steampunk with K.W. Jeter at A Splendid Day Out in Morecambe this weekend!

K.W. Jeter, the Father of Steampunk and author of Infernal Devices, Fiendish Schemes, Grim Expectations, and Morlock Night will be attending to make not just a day but a whole weekend truly splendid.

Back in April 1987, the amazing K W Jeter was the first person the coin the phrase ‘Steampunk’ and this weekend he will be the Guest of Honour at the International Steampunk Symposium in Cincinnati, Ohio (28-30 May). 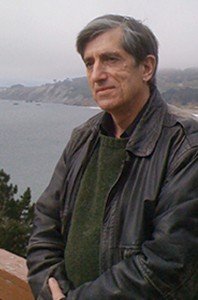 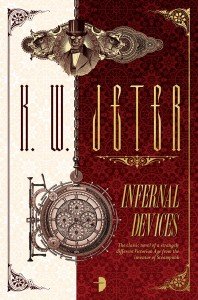 This timeless novel is a gorgeous steampunk classic. A masterclass from the father of the genre himself: K W Jeter

Infernal Devices is a classic tale of time travel, clockwork and sexual intrigue and it’s also the first book in the George Dower Trilogy, so it’s definitely worth your time to peruse the first two chapters we’ve included below.

To celebrate the anniversary Angry Robot will be re-releasing Infernal Devices this coming February, with a re-release of second-in-series Fiendish Schemes arriving in April. This is the first time that Fiendish Schemes will be released outside of the US/Canada, so be ready, UK/Commonwealth fans! Finally, we’ll be publishing K W’s brand new novel, Grim Expectations,