Firefighter Cole Brannigan is on the verge of retirement after 30 years on the job, and a decade fighting dragons. But during his final fire call, he discovers he’s immune to dragon smoke. It’s such a rare power that he’s immediately conscripted into the elite dragon-fighting force known as the Smoke Eaters.  Retirement cancelled, Brannigan is re-assigned as a lowly rookie, chafing under his superiors. So when he discovers a plot to take over the city’s government, he takes matters into his own hands. With 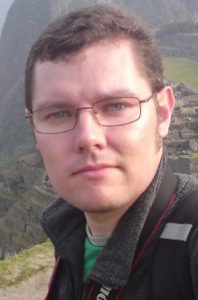 Get out your welcome banner and shake up that champagne because we’ve got a new announcement: Cameron Johnston has agreed to a full brain augmentation, the insertion of various tracking devices and lasers and has joined the Angry Robot team! We’re bloody delighted to have him, especially as we hear h̶e̶’̶s̶ ̶a̶ ̶h̶i̶g̶h̶-̶l̶e̶v̶e̶l̶ ̶m̶a̶g̶e̶… uh, has a lot of cool things to say.

To find out more about Cameron and his forthcoming However, we’re so excited about Silent Hall – described by James A Moore as a “near perfect novel” – that we wanted to share the first couple of chapters with you. Head over to Civilian Reader where you can see them in all