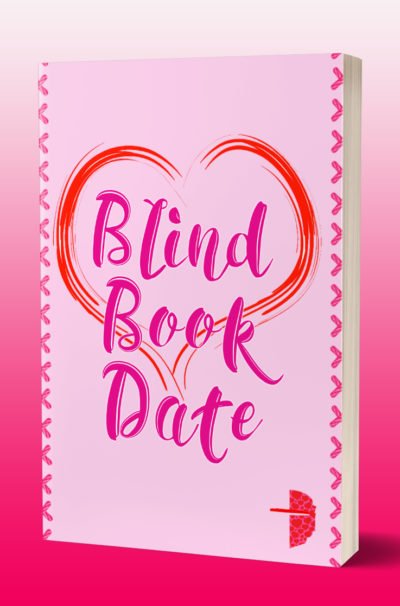 Free yourself from the tyranny of Valentine’s Day and let us match you up in a blind book date! We’ll pick out the perfect book date for you on Valentine’s Day, for just £1 (or whatever that is in other fancy currencies). Remember to tell us something about yourself, and your favourite colour in the notes at Checkout, or we’ll have to choose a date based on, um, your name, or something.

Angry Robot is a global imprint dedicated to the best in modern adult science fiction, fantasy and everything inbetween. Our book line launched in July 2009, with physical books across a wide variety of formats, e-books as standard, and with all frontlist titles as audiobooks from October 2011. We may be British-based, but we sell our books worldwide with the help of partners such as the mighty Penguin Random House (US/Canada) and Simon & Schuster (Australia & New Zealand). Our mission is to produce books that appeal to everyone, from post-Dr Who and Xbox fans to long-time genre enthusiasts. We are a part of Watkins Media Ltd, an ever-expanding group of media companies who work with new ways of delivering entertainment to readers, viewers and players. In April 2011, Lauren Beukes' novel Zoo City won the Arthur C Clarke Award, the highest honour in British science fiction. October 2011 saw founder and publisher Marc Gascoigne honoured with a World Fantasy Award for Angry Robot, repeated in the UK in 2016 with Best Independent Press at the BFS Awards. Ramez Naam's Apex won the 2016 Philip K Dick Award. Our authors and/or books have also won the Hugo Award, the David Gemmell Morningstar Award, the Prometheus Award, the Aurealis and Ditmar (Australia), the Sir Julius Vogel Award (NZ) and many, many more.