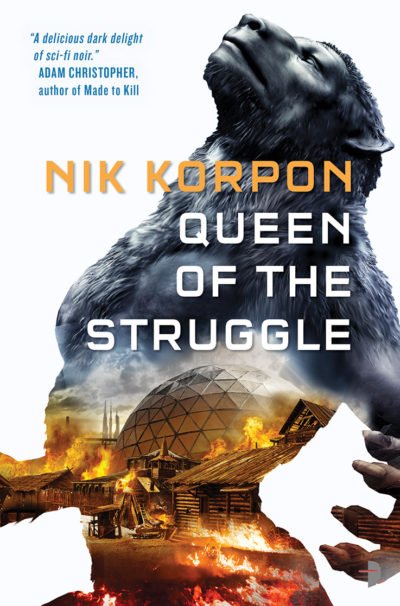 Queen of the Struggle

When freedom is brutally withheld, the people have no choice but to rise up, in this dystopian SF sequel to The Rebellion’s Last Traitor.

File Under: Science Fiction [ Party Lines | Freedom Lies | City of the Wolf | Burn It Down ]

Overthrowing the tyrannical Tathadann government should have been cause for celebration. But as Eitan City announces its independence, soldiers from the northern province of Vårgmannskjør storm the ceremony and annex the city. The cruelties of the Tathadann soon pale beside the new occupiers’ atrocities. Henraek finds himself resettled in the north, in a city where the people seem happy and well…  until its labour camps and enslaved spirits come to light. The rebellion must begin anew, in Eitan City and throughout Vårgmannskjør, and now the stakes are higher than ever.

“A little gem of a book… you’re in for a real treat with this one.”
– Two Bald Mages

Praise for The Rebellion’s Last Traitor

“With ‘reach off the page and grab you’ characters and brutally intricate world building, this isn’t a book you can multi-task with. To get all you can from it you need to give it your full attention, and it is worth it.”
– SFF World

“The whole idea of rebellion, war, anarchy was excellently portrayed by Nik Korpon… I was pleasantly surprised by this book and really enjoyed it.”
– Two Bald Mages