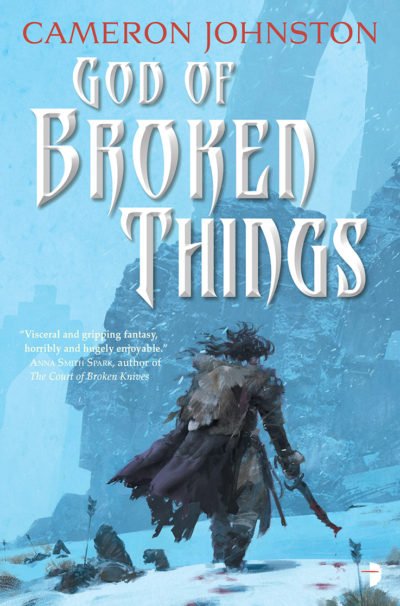 An outcast magician must risk his body and mind to save the world from horrifying demons, in the heart-pounding epic fantasy sequel to The Traitor God.

“Cameron Johnston is an exciting new voice in fantasy. His writing has a dark sense of humour and his debut is bursting with imagination and wonders. Fantastic stuff!”
– Stephen Aryan, author of the Age of Darkness trilogy

File Under: Fantasy [ In Your Head | Daemons & The Damned | Father Winter | Fighting Dirty ]

The Age of Tyranny Book II

“A wicked sense of humor and a cast of flawed but striving-for-good characters keeps this mid-series entry from getting too grimdark.”
– B&N Sci Fi & Fantasy Blog

“Sword-swinging action, virulent and explosive magic, and a host of quirky and entertaining characters… Johnston depicts a beautiful and lavish world that is a feast for the imagination.”
– Grimdark Magazine

“Cameron Johnston delivers again!… The Age of Tyranny is a series that should be on the top of everybody’s pile to read.”
– Dark Side Reads

“If you enjoy bloody, highly tactical magic battles, a slow burn demonic history reveal, and a grumpy and relatable jerk who you can’t help but root for despite his flaws, God of Broken Things is your jam.”
– The Fantasy Hive

“The end result is that Johnston delivers a kick-in-the nuts, edgy, and dark book that excites on every level.”
– New York Journal of Books

Praise for The Traitor God