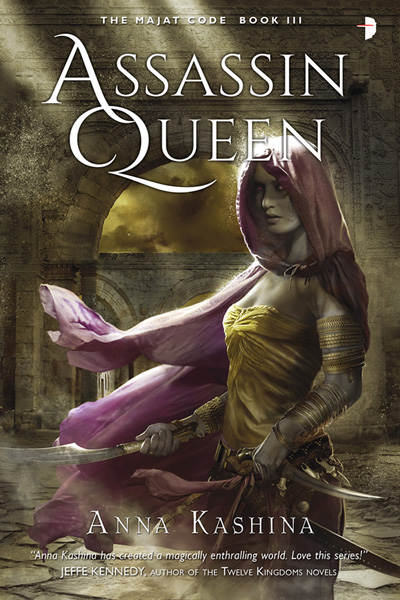 The Kaddim Brotherhood has been routed, but only temporarily. Now they have the power to turn one of the Majat’s strongest warriors to their own purposes. Can the coalition defeat the Brotherhood once and for all, or will they come apart at the seems before reaching the Brotherhood’s fortress?

The Third Book in the Majat Code Series

The new Majat Guildmaster, Mai, is planning a march against the Kaddim. His key ally, Prince Kyth Dorn, is instrumental in these plans: Kyth’s magic gift can protect the Majat against the Kaddim mind control powers. But Mai and Kyth are having trouble getting over their rivalry for Kara’s affections ‘ even after they realize that this rivalry is the least of their worries, at least for the moment. Something about Kara is not right…

“This book was the most unique reading experience I have ever had in decades of reading. A great way to end the series.”
– In Pursuit of My Own Library

“What an incredible final book to the Majat Code series! Heart-pounding suspense and so many twists and turns.”
– Two Ends of the Pen

“Assassin Queen was a terrific conclusion to an epic trilogy.”
– Bookpushers

“There is a lot of action, tension and danger in the book. It all weaves into a wonderful ending for everyone.”
– Mixed Book Bag