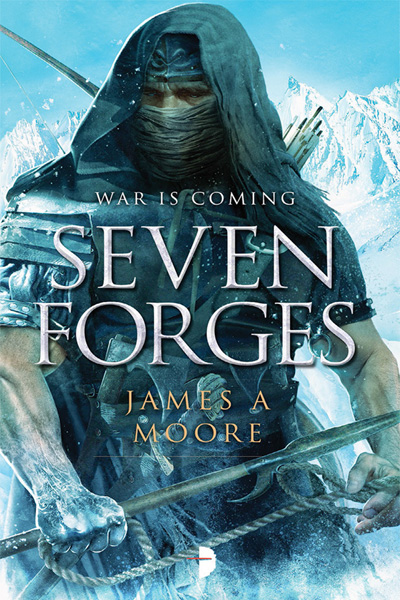 Warriors from the hard-pressed land of Fellein go in search of the mythical people of the Blasted Lands – and are startled not only to find them, but that they were expected.

Book One of the Seven Forges Series

“Wow, that twist. In some ways I think I should have seen it coming, and I kind of did, but Seven Forges just lulled me into security and BAM! Craziness!”
– Anya, On Starships and Dragonwings

“Moore does a fantastic job of building worlds and characters in Seven Forges as we hop on board the train that is about to meet its doom.”
– Troubled Scribe