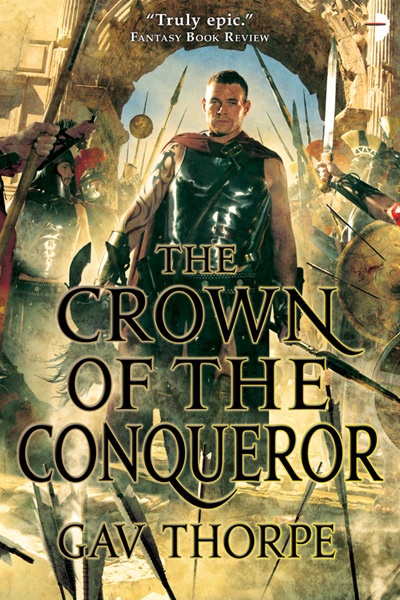 The Crown of the Conqueror

The stunning sequel to The Crown of the Blood: The Crown is his. But now his real battles begin…

The Second Book in the Empire of the Blood Series

Ullsaard has won the crown

But when he is confronted with a truth too shocking to contemplate, he has to make the impossible choice between power and honour.

And now the real battle has begun in this stunning sequel to The Crown of the Blood, packed with gargantuan battles, demonic magic and treacherous politics.

“Well written, cunningly plotted and above all else a combat story of survival that shows that Thorpe is more than prepared to slaughter a world to establish his own rule. Great stuff.”
– Falcata Times

“The Crown of the Conqueror (A+) is another excellent fantasy that I strongly recommend … the author has another winner here!”
– Fantasy Book Critic

“The Crown of the Blood should really have a warning sticker on the front… it’s one of those books that are almost impossible to put down.”
– SFBook.com