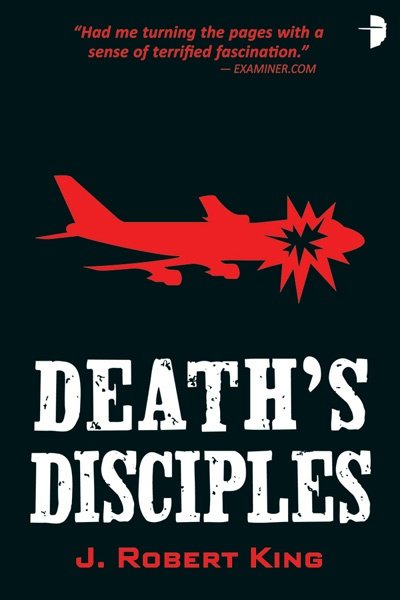 “The story is played out perfectly, with just the right amount of suspense, action and intrigue to ensure you are absolutely glued to the book.”
– SFBook.com

She survived the terrorist attack. But they’re coming back…

File Under: Horror [ Explosions | The FBI Lie | Voices Of The Dead | The Anti-Christ ]

SHE THOUGHT SHE WAS DEAD.

When she woke up in the hospital, she could barely remember getting on the flight, let alone the terrorist bomb of which she was the only survivor.

But she can hear the voices in her head, for they are the spirits of the dead passengers. They cannot rest until they have delivered their terrifying message: the terrorists know she survived.

And they’re coming for her!

“This is a great read and an excellent novel in a new genre for well established fantasy author King.”– The Fringe Magazine

“It is beautifully written, it has some great prose and is backed with a story arc that really does leave you wondering where you turned into the Twilight Zone from the Outer Limits.”
– Falcata Times

Award-winning US author J Robert King has been snapped up for two novels brimming with wild creativity and extraordinary ideas. He calls his books “metaphysical suspense” — don’t worry, that just means they blow your imagination apart while at the same time freezing your blood.

Rob’s debut for Angry Robot, the fabulously scary Angel of Death, does exactly that. The Grim Reaper becomes strangely fascinated with a human cop investigating the deaths caused by a serial killer that the angel has been following. But Death is a killer too, of course, and is not above the law. This will be followed next year by Death's Disciples. The sole survivor of a terrorist attack on a plane starts to hear the voices of the dead passengers. And what they’re telling her is far worse than what she’s suffered already. King’s recent Sherlock Holmes novel for Tor, The Shadow of Reichenbach Falls, attracted a mass of critical attention, as did his Mad Merlin trilogy for the same publisher. And he can ride a unicycle, though maybe not while typing.