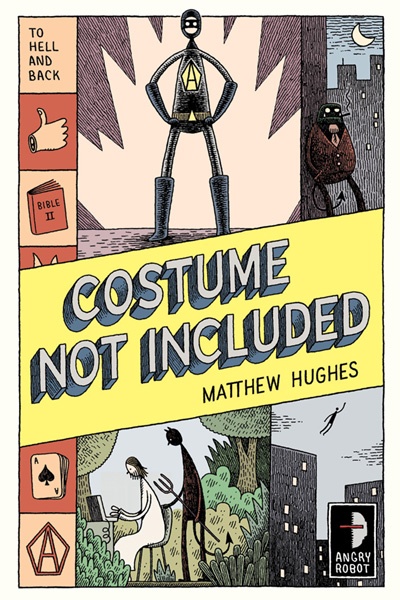 The Actionary Rides Again!
The second book in the fantastical To Hell and Back series – a trilogy that does for autism what Flowers for Algernon did for intellectual disability.

“Hughes continues to carve out a unique place for himself in the fantasy-mystery realm.
A droll narrative voice, dry humor and an alternative universe that’s accessible
without exposition make this a winner.”
– Publishers Weekly

The Second Book in the To Hell and Back Series

Chesney Arnstruther, high-functioning autistic actuary turned crime-fighting superhero, is adjusting to the idea that reality is a book being written – and rewritten – by a deity who wants to explore the concepts of good and evil. His quest for the truth takes him into a discarded draft to meet up with the historical Jesus – or Joshua Josephson, as the Messiah calls himself – when Chesney brings him into the current draft and puts him on TV.

Meanwhile, he’s (literally) digging up the evidence of a decades-old murder that threatens the power of the corrupt cabal that runs his city. And he has a new problem: contact with Joshua Josephson has “healed” his autism, and Chesney is not at all sure he likes being “normal.”

“Costume Not Included is a great book and one of the must-reads in modern fantasy and superhero fiction this year.”
– Larry at 42 Webs