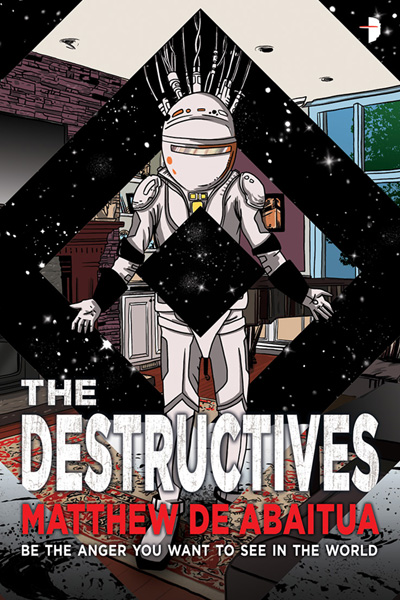 The one human deemed interesting enough for emergent AI to study is recruited to investigate a dangerous secret which could re-define humanity…or bring about its destruction.

Theodore Drown is a destructive. A recovering addict to weirdcore, he’s keeping his head down lecturing at the university of the Moon. Twenty years after the appearance of the first artificial intelligence, and humanity is stuck. The AIs or, as they preferred to be called, emergences, have left Earth and reside beyond the orbit of Mercury in a Stapledon Sphere known as the university of the sun.

The emergences were our future but they chose exile. All except one. Dr Easy remains, researching a single human life from beginning to end. Theodore’s life. One day, Theodore is approached by freelance executive Patricia to investigate an archive of data retrieved from just before the appearance of the first emergence. The secret living in that archive will take him on an adventure through a stunted future of asylum malls, corporate bloodrooms and a secret off-world colony where Theodore must choose between creating a new future for humanity or staying true to his nature, and destroying it.

“The story is set against a detailed background that blends creative imagination with intelligent prediction to arrive at a credible future. From designer drugs to shopping malls that double as asylums, from obsessive data tracking to floating offshore habitats for the wealthy, the future depicted here is a credible offshoot of current trends.”
– Tzer Island

“A distinctive and grand work of the imagination. You don’t need a VR headset to appreciate this work of art, just eyes and a brain.”
– The Generalist

“The Destructives is as successful as its predecessor and together they make one of the most intriguing and disturbing near-future speculations published for some years.”
– Strange Horizons

“The Destructives is well written and of superior construction, and the ideas De Abaitua grapples with in this novel – the nature of artificial intelligence, the endgame of global capitalism, the eternal mismatch between material prosperity and emotional fulfilment – are compelling and attention-worthy. That De Abaitua navigates the often abstruse territory of his particular science fiction without once sacrificing the predominantly literary values of formal coherence or linguistic suppleness is yet more testament to his skill, not just as a writer but as a thinker.”
– Nina Allan, for The Anglia Ruskin Centre for Science Fiction and Fantasy