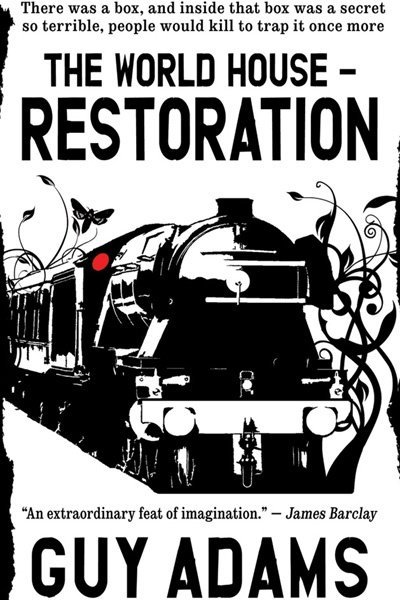 “An extraordinary feat of imagination. It is wonderfully bizarre, it is brutal, funny, disturbing and vivid throughout. I want more…”
– James Barclay, author of the Chronicles of the Raven and Ascendants of Estorea books

The sequel to the brilliant The World House: The world house has been opened, and the prisoner escaped. God help us all.

None who enter the World House leave it unchanged.

They sought the box for many years, because held inside that arcane magical artefact was, miraculously, a house. But now its real purpose has become clear – it was a prison, and the infinitely evil being it was built to imprison has been let loose. Now the real quest begins in earnest.

This direct sequel to the critically acclaimed The World House is an extraordinary modern fantasy, like an episode of Doctor Who imagined by the twisted mind of Clive Barker.