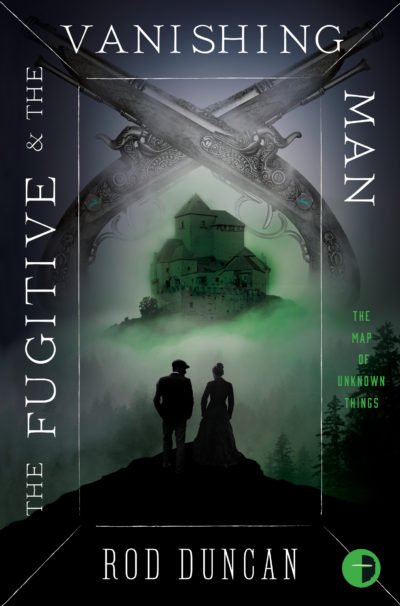 The Fugitive and the Vanishing Man

Ladies and gentlemen, for the very final time, Elizabeth and Edwin Barnabus will perform the grand illusion of the Vanishing Man…

File Under: Fantasy [ Sisters in Arms | No Prison Can Hold Me | One Drop of Poison | For One Night Only ]

Book III of The Map of Unknown Things

Book 3 of The Map of Unknown Things

Elizabeth Barnabus is a mutineer and a murderer. So they say. The noose awaits in Liverpool as punishment for her crimes. But they’ll have to catch her first.

Disguised as a labourer, Elizabeth flees west across America, following a rumour of her long-lost family. Crossing the border into the wilds of the Oregon Territory, she discovers a mustering army, a king who believes he is destined to conquer the world, and a weapon so powerful that it could bring the age of reason crashing down.

In a land where politics and prophecy are one and the same, the fate of the Gas-Lit Empire may come to rest on the perfect execution of a conjuring trick.

“Exhilarating… The charismatic duo at the heart of this adventure are sure to please.”
– Publishers Weekly