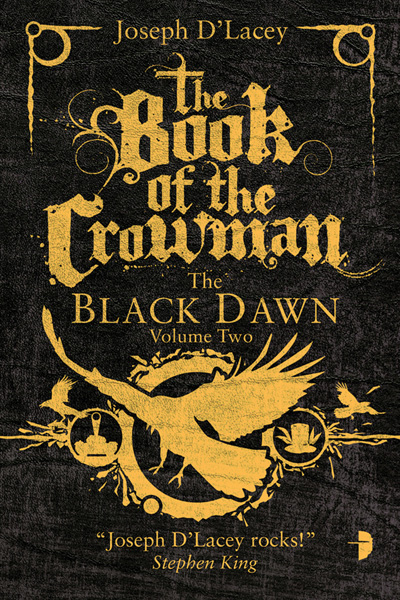 “Joseph D’Lacey is one of our best new horror writers, delivering surprises, intensity, and scares aplenty with each new book. And with every book, he’s upping his game.”
– Tim Lebbon, author of The Heretic Land and London Eye

Book two in the Crowman Duology

It is the Black Dawn, a time of environmental apocalypse, the earth wracked and dying.

It is the Bright Day, a time long generations hence, when a peace has descended across the world.

The world has been condemned. Only Gordon Black and The Crowman can redeem it.

“A fascinating and engaging story that continues the seamless integration of multiple genres and styles.”
– Strange Currencies

Joseph D'Lacey is best known for his shocking eco-horror novel Meat. The book has been widely translated and prompted Stephen King to say "Joseph D’Lacey rocks!". His other published works to-date include Garbage Man, Snake Eyes and The Kill Crew. He was named the winner of the British Fantasy Award for Best Newcomer in 2009. When not realising his fantasies on paper, he dabbles with Yoga and continues a quest for the ultimate vegetarian burger recipe. He lives in Northamptonshire with his wife and daughter.