OK, fine, maybe not official LEGO sets, but they’re made with Lego bricks…

Last year our editorial assistant, Nick, had too much free time (an error swiftly corrected) and built a scale model of the incredible Will Staehle designed cover of A Man of Shadows. Somehow he’s found time to re-create Amazing 15‘s mindblowing The Body Library cover!

Why should moviegoers have all the fun? The worlds of SF and fantasy on the big screen have long benefitted from the extra dimension that being shown in 3D has brought, and it’s high time we book people did the same. For too long, it’s only been the stories that have taken readers to new dimensions, but now the same is happening to the books themselves! 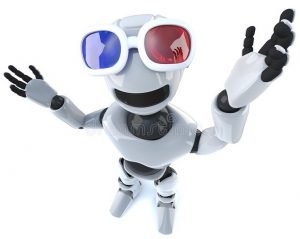 That’s why we’re very proud to announce today that, thanks to an amazing 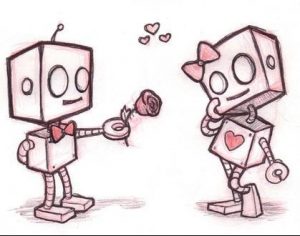 Hate Valentine’s Day? Not in the mood to go out and watch couples snogging in a corner? Fancy staying in with an excellent book instead?  Well, let Angry Robot be your cheap date!

For just £1 (or the equivalent) we’ll send you a surprise book to curl up with on the 14th.

It might not be able to draw you a hot bath and cover you in chocolate but we can promise you’ll traverse universes, see amazing

Yeah, it’s Friday afternoon in the Angry Robot office (YMMV), so it was inevitable that we were going to goof about for an hour or two, and run some of our recent and upcoming book covers through Deep Dream.

Do you know it – Google’s new software algorithm that attempts to mimic what happens in the human subconscious during dream states? It’s a bit limited at the moment: it really only draws on images of dogs and eyeballs right now – but it’s still damn freaky and we had a blast revealing the Cthulhu-esque subliminals lurking just behind our cover

Angry Robot Books is delighted to announce the appointment of Phil Jourdan as
Consultant Editor.

Phil is co-founder of LitReactor – a creative writing workshop and literary magazine where professional novelists, graphic novelists and agents host regular classes – worked for Zero Books, and ran the small fiction press, Perfect Edge Books. A Portuguese author and translator, based in the UK, Phil has also fronted the rock band, Paris and the Hiltons, winners of an Independent Music Award, since 2007. Our Robotic Overlord Marc Gascoigne is quite the music fan. But he’s not the only one of our cyber-chipped legion who bops his head to tunes while plotting global domination. Caroline and I both love a good showtune (in fact, I’ve been known to blast a Broadway channel on Spotify when no one else is around in the Angry Robot Orbital HQ).

So for today, I wanted to point out some wonderful science-fictional music for folks to enjoy. Maybe you like some techno while you re-read your copy of Prometheus-Award-winning Nexus, or you’d like some epic orchestral music while

It’s been very busy at Angry Robot HQ lately, and not just because of the fantastic titles we’ve been publishing! I know some of you have noticed I’ve been quieter, and out of the office a few days, but I’m back…and just about in one piece. I play Gaelic Football for Roger Casements GAA Club and just last week we had a very exciting game…the Warwickshire Championship Final. This is one of three competitions we play in throughout the

First up is our Senior Editor, Lee Harris, with his Top 5 Reasons Angry Robot Rules, and his choice of giveaway is The Knights of Breton Court (omnibus edition x 5) by Maurice

Looking forward to this year’s World SciFi Convention (LonCon)? Or, can’t make LonCon and wish you could have an evening with some of your favourite authors before the con starts?

Well, we want to kick-start your LonCon experience with an Angry Robot Summer Invasion of Forbidden Planet, on Wednesday, 13 August at 6pm.

Congratulations to Marianne de Pierres, whose Peacemaker series has been optioned for adaptation as an interactive game by Stirfire Studios! The full PR is below, but please do join us in congratulating Marianne, here or on Twitter!

Hosted by our gregarious US Sales & Marketing Manager Mike Underwood, we learned some valuable lessons from this motley crew – namely, don’t ever ask Madeline Ashby about jetpacks or rush Wesley Chu in his scotch drinking. Watch and listen as they chat about instant communication, the scientific implausabilites of Prometheus, how they respectively became interested in SF, the social uses of SF, and much more. Thanks for everyone who joined in on the

It’s been a busy start to the awards season for Angry Robot: Ramez Naam is enjoying 6 placements on 4 awards short-lists and NPR’s best-of list, including the Arthur C. Clarke award; Cassandra Rose Clarke was short-listed for the Philip K. Dick award; The Age Atomic won the Inky Tentacle at the Kitschies; Kaaron Warren and Jo Anderton won at the recent Aurealis Awards; aaaaand Wesley Chu, Aliette de Bodard, Kameron Hurley, and our own Lee Harris and Mike Underwood are up for Hugos.

But that’s not enough for us. We want MORE.

Luckily enough, we now also have Freya Robertson, winner of the

On Saturday, the Angry Robot staff members were a happy mix of chocolate-face-stuffing, Easter-con-partying, and usual-weekend-shenanigans…and then, the Hugo Award finalists were announced, and our Easter weekends got even better!

This year we have had our best showing ever with eight nominations:

When I was fifteen, my parents dragged me to a book release party.  Not that I knew it was a book release party; I was, like every fifteen-year-old kid, self-centered to the point that I wore my colon as a hat.  It was at the Goldsteins’ house, so I assumed it was another party celebrating the fact that brave Mrs. Goldstein had survived yet another round of brain surgery.

But no.  Mrs. Goldstein – a clear-eyed woman who walked with the help of a cane – pressed a hardcover book into my hand.

“I wrote this,” she told The lovely folks over at SFX have teamed up with us angrier people and together we’re delighted to bring you TWO free ebooks!

In case you didn’t notice with all our earlier celebrations, we’re pretty proud of reaching our 100th book release – Adam Christopher‘s Hang Wire, and we’re rounding this out with an exclusive offer for all SFX readers.

To get your free copy of Empire State by Adam Christopher and/or (hey, why not get both