Well, actually it’s not here yet. But soon Fallen Gods, the second title in James A Moore‘s The Tides of War series, will be hitting shelves near you! In fact, the drop will be happening in January, exactly a year from the release of first-in-series The Last Sacrifice.

While you pine for the next book we do have a little treat for you, we can now show off the amazing new cover. Big thanks to that man Alejandro Colucci for once more bestowing us with something so awesome. And if any cover should invoke a sense of awe, it’s this one, which features an actual dead god. We know, we know!

AND if that’s not enough, anyone unfamiliar with the Tides of War series can enter into the competition that accompanies the cover reveal over on Fantasy Faction, which could see you winning one of 10 copies of The Last Sacrifice!

Just click on the teaser image below to be taken through to the full article. 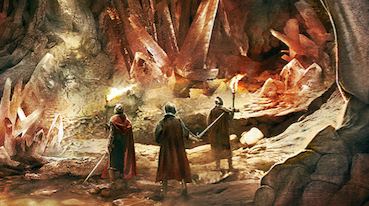