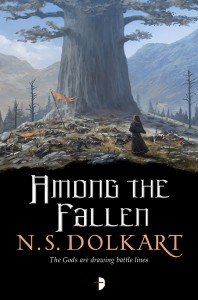 The Dragon Touched are back: read the first two chapters of N S Dolkart’s deep epic fantasy Among the Fallen, the sequel to Silent Hall on us!