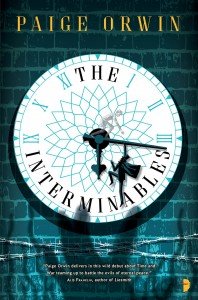 Rights for fantastic post-apocalyptic SF novel The Interminables has been sold to La Corte Editore of Italy. The novel will be available across the country in early 2018.

Here’s what some people had to say about the novel:

So keep your eyes peeled, and send us snaps of The Interminables as it makes its way across Italy!