Huge robot high fives to Richard Anderson, who has once more pulled out all the stops to create an utterly gorgeous cover for us.

Just click on the teaser image to be taken through to the full reveal at the B & N Sci-Fi & Fantasy Blog: 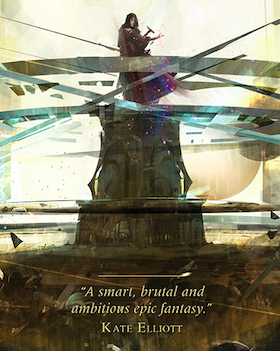