Be Hungry For It: Read the First Two Chapters of Hunger Makes the Wolf by Alex Wells 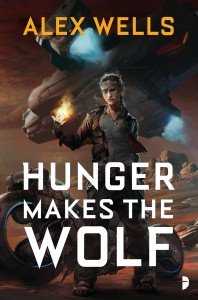 Desert world? Check. Evil corporations? Check. A great start, add to that a gang of biker mercenaries and weird witchy powers blooming in the hard as nails heroine and you’re getting the barest taste of Alex Wells’ new novel Hunger Makes the Wolf. It’s out fresh today, so why not start it now?

Get yourself onto Tanegawa’s World – snap up the ebook on March 2 2017.