GoodReads Giveaways: The Copper Promise and The Iron Ghost 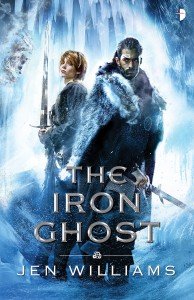 You’ll want to pay attention Robots, there’s some books up for grabs!

Over here at Angry Robot HQ we’re having a pre-squee moment for the upcoming release of Jen Williams‘ The Iron Ghost on January 3! And because we want to share the joy we’ve arranged a couple of giveaways over on GoodReads. Not only that, but we’re also giving away copies of the first book in the series, The Copper Promise. Two killer fantasy books for free? Bet you won’t say no to that! One catch, as the books are only released by us in the US/Canada the giveaway is only open to residents of those two countries…sorry!

You’ll find a synopsis, plus dates each for the giveaway, below:

The Iron Ghost will be released on January 3. The Copper Promise is available from all reputable and less reputable booksellers now.