We’re really excited to be revealing the cover for An Accident of Stars by Hugo Award-nominated Foz Meadows, over with the lovely folk at Tor.com.

The illustration was created by the wonderful Julie Dillon, who was awarded the 2015 Hugo Award for Best Professional Artist.

An Accident of Stars has been described by Trudi Canavan, author of The Black Magician trilogy as ‘a portal fantasy for grown-ups, with characters I loved from the first page’, and we couldn’t agree more. Here’s the synopsis:

Click on the teaser image below to be taken over to Tor.com, where you can see the cover in its full, beautiful glory. 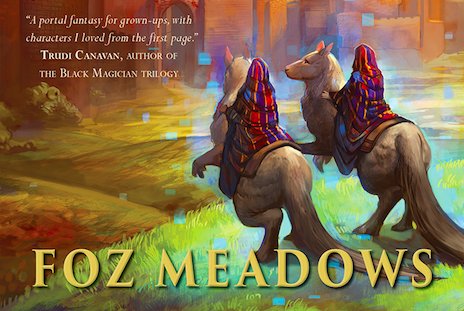