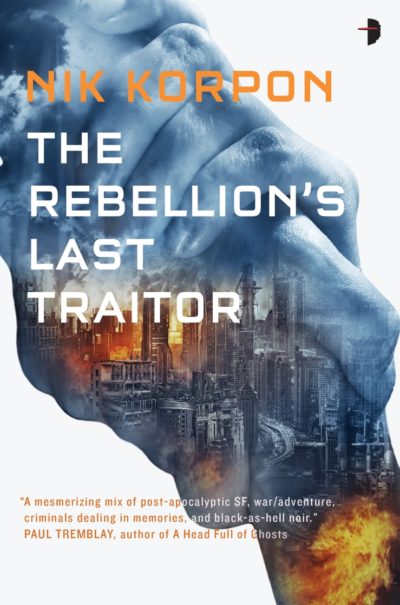 In a dystopian world ravaged by war and environmental collapse, one man fights history to discover the truth about his wife and child.

The Memory Thief Book One

“Korpon’s writing style rapidly draws you in as the character’s confidante, and their motivations are very cleverly interwoven… It’s definitely worth picking up for those who like a well paced, challenging read.”
– MillyMollyMo

“A grittier, more grounded in reality Blade Runner… Definitely pick this book up before it becomes a Netflix show or blockbuster movie.”
– Storgy