Cover Reveal: The Song of The Dead 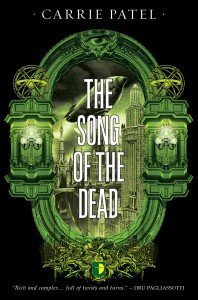 Watch out: we have an absinthe-soaked, illuminati-tinged, steampunk dream for your visual cortex!

We absolutely love the first two covers in Carrie Patel‘s Recoletta series – the spectacular fantasy-whodunit set in an underground city where the classes are at war and intrigue and deceit lie around every corner.

Now, we’re incredibly happy to show off the beautiful cover for the gripping third title in the series, The Song of The Dead, created by the peerless John Coulthart.

The Song of The Dead will be released May 2 (US/Can) / May 4 (UK/Commonwealth). That means, if you’ve yet to read the first two books in the series, The Buried Life and Cities & Thrones you have some time. And you know what,  because we’re nice like that, we’re offering both ebooks for just $1.99 on the website for the next week.

Here are some reviews of the series, to whet your appetite further:

“Her writing exudes an engaging confidence that makes The Buried Life hard to put down. Patel also shows a gift for pithy dialogue, and her two female leads are both resilient although in different ways”.
– SciFi Now

“I was on the edge of my proverbial seat.”
– The Qwillery

Now, take a look at all of the covers together. A fine trilogy to show off on your bookcase! 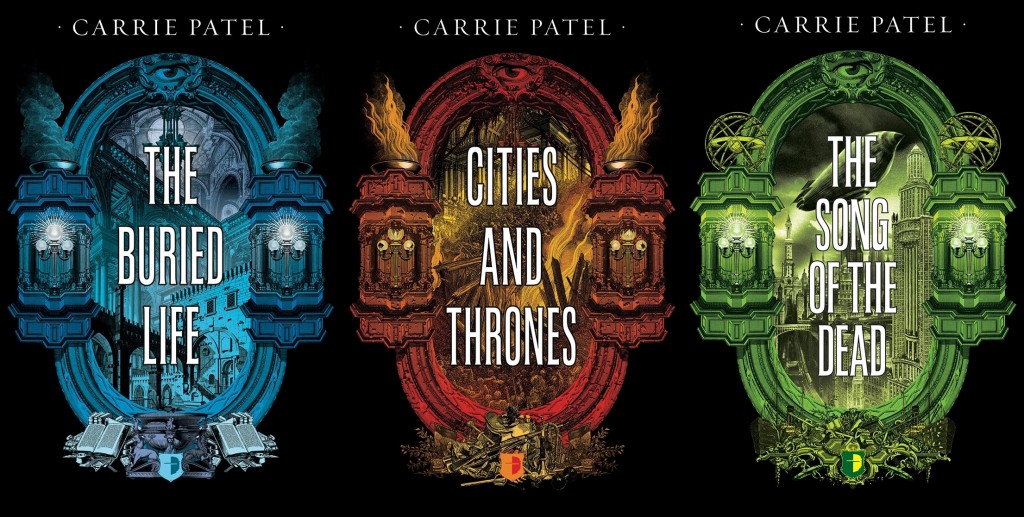